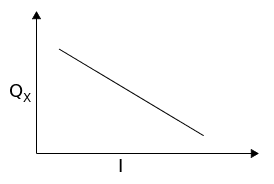 Should the U.S. federal government decriminalize the use of marijuana for recreational purposes

In the U.S. one of the most contested issues of the past 30 years has been how to deal with the issue of drug-related problems in this country. In fact, we introduced this problem in Module 2. Most of the efforts to deal with the problem so far have been by reducing the supply (mostly through enforcement) and the so-called “war on drugs”. But this war on drugs has resulted in very large expenditures in the criminal justice system. And many argue this policy has had very limited, if any, effect on reducing the use of illegal drugs.

At the center of the debate has been the use of marijuana, a product derived from the cannabis sativa plant. While some continue to argue for maintaining the same policy, a strong movement has been calling for a different approach. Alternatives include dealing with the issue as a public health issue, not an enforcement issue. This approach basically would target demand instead of supply. Nevertheless, many have argued for the complete decriminalization of marijuana.

This debate has taken the front pages in the last few years as many states have passed legislation legalizing the use of marijuana for both medical and recreational purposes.

Here is some useful background material.

In favor of legalization:

Gary S. Becker, “The Failure of the War on Drugs” James Ostrowski, “Thinking About Drug Legalization” Against legalization:

Robert L. Maginnis, “Legalization of Drugs: The Myths and the Facts” Drug Enforcement Administration, “Response to JAMA Article Titled ‘Marihuana as Medicine’” No opinion but useful:

Should the US federal government decriminalize the use of marijuana for recreational purposes?. You must limit your response to concepts of the price elasticity of demand for marijuana and, for purposes of this discussion, completely refrain from any moral or ethical arguments.

Using econometric techniques, Marshall Medoff estimated the price elasticity and the income elasticity of demand for abortions in the U.S. to be -1.07 and 1.24 respectively (see source below). To calculate these elasticities he used state data pooled over the census years 1982, 1992, and 2000.

Use the elasticities found by Medoff to answer the following 2 questions. Again, you must limit your response to concepts of elasticity of demand for abortions and, for purposes of this discussion, completely refrain from any moral or ethical arguments.

The data collected by Marshall Medoff shows that the absolute values for the price and income elasticities for having abortions is more than 1, which means elastic. So a small change in cost for abortions or the income of users involved in abortions will lead to a large change in number of abortions.

Which items are best to highlight on storefronts

How could the use of the concept of elasticity answer this question of which items are best to highlight on storefronts?. Please give specific examples in answering the question.

A Gas station would benefit more by highlighting non essential items that have a high price elasticity of demand such as diet soda.

If you want to pay the lowest rent possible, should you hope that demand for apartments is elastic or inelastic

The price elasticity of demand determines which side of the market—buyers or sellers—have more leverage when negotiating the rent of apartments. This is an important issue to understand for any college student choosing to live outside of college dorms during his/her time in college.

Suppose that in your college town real estate developers are building thousands of new student-friendly apartments close to campus. If you want to pay the lowest rent possible, should you hope that demand for apartments is elastic or inelastic?. Please explain and use a specific example.

If the demand for apartments is elastic, then a small change in price results in a large change in quantity demanded. When this happens landlords are less likely to increase prices because people are more likely to move to other apartments in case of price increase. Hence people who want to rent apartments have leverage.

If the demand for apartments in inelastic, then a change in price does not result in a large change in quantity demanded. This usually happens when apartments are in great demand and students have no choice but to rent specific apartments. When this happens students who want to rent apartments have less leverage.

So students who want to rent apartments will want to hope that the demand for apartments in inelastic.

Price elasticity of demand and the market for tablets.

Say you were advising Tim Cook (CEO of Apple), who was considering decreasing the price of the iPad by 30% (in order to compete with Amazon’s new Kindle). Further, assume you knew the price elasticity for iPads was -1.3.

What would be the % change in the quantity of iPads sold as a result of the reduction in price?. What would be your advice to Tim Cook?. If you did not know the price elasticity of iPads and would have to guess, would you guess the demand for iPads was price elastic or inelastic?. Please explain your answer using a specific example.

I think the demand for iPads is elastic because consumers have many options to choose from. Decreasing the price of iPads should increase the quantity sold by -1.3*-30 = 39%.

But if the price elasticity of demand in elastic, then the total revenue decreases as a result of an increase in price.

Beer tends to be one of the most inelastic goods in the United States. An average of many studies suggests the price elasticity of demand for beer in the U.S. to be around -0.26.

Suppose the city officials around a college town are considering banning the sale of beer during certain holidays in order to prevent student misconduct from intoxication. Given the price elasticity of demand for beer, what would be the effect of such a ban? Please explain using examples.

If a product has an inelastic demand, it means that its quantity demanded does not change much, when the price changes. This is usually the case for products that are considered essential or addictive, such as beer.